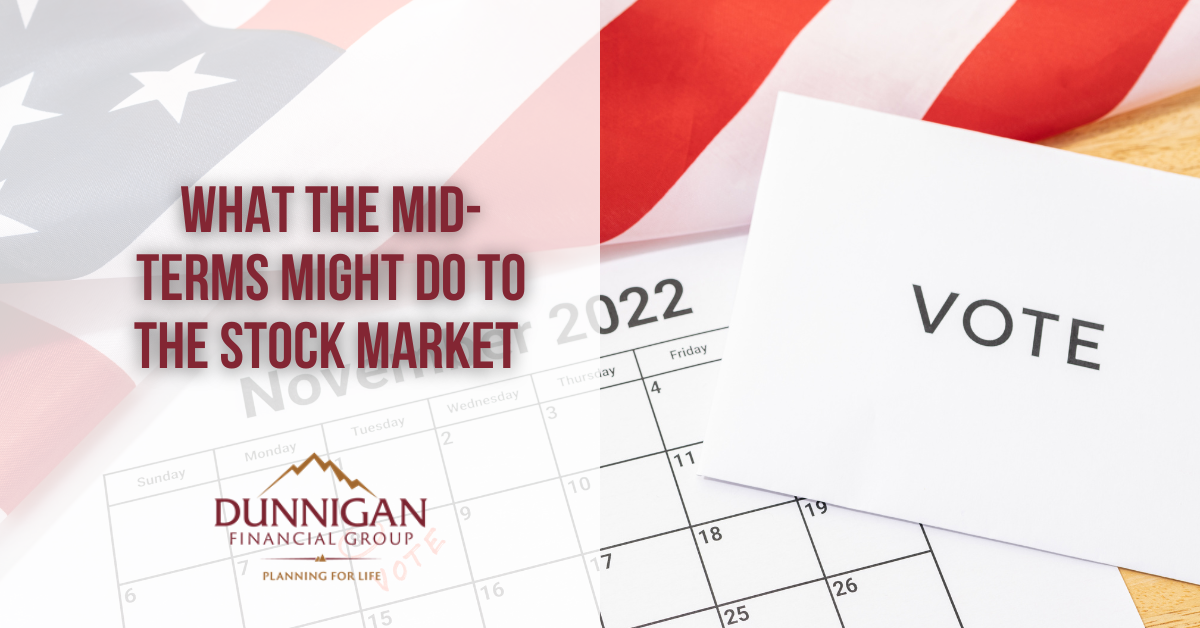 What the Mid-Terms Might Do to the Stock Market

The 2022 Midterm Elections will feature hundreds of hotly contested races at the state and local level and will decide whether the Democrats maintain – or the Republicans gain – control of Congress.

Irrespective of what the polls suggest will happen – and without getting into any political discussions – let’s explore what impacts the 2022 Midterm Elections might have on U.S stock markets.

Mark November 8th on Your Calendar

The 2022 Midterm elections will be on Tuesday, November 8th and history suggests that the period after the mid-terms is more positive for markets – irrespective of which party wins (of course past performance is no guarantee of future results – ever). 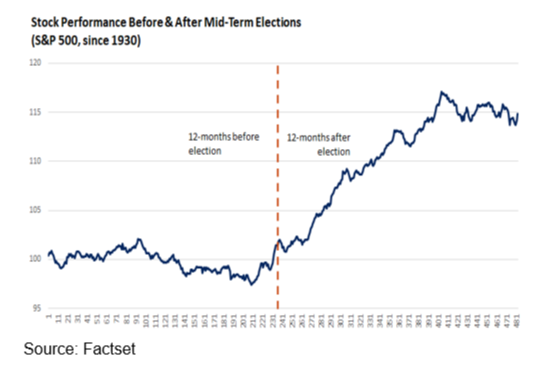 As the chart shows, in the twelve months prior to mid-term Election Day, market performance is volatile, sideways and often down – somewhat similar to what we’ve seen so far this year.

However, in the year after midterms, market returns are positive, on average by about 15% – and it doesn’t matter which party is in control.

First off, investors need to remember this: Past Performance is No Guarantee of Future Results. Ever.

But, consider this from Standard & Poor’s:

But Standard & Poor’s also suggests that the gap has increased recently and reports the following:

But here is what might have stock market followers worried: the worst stock market returns have come when the president is a Republican and Congress is divided. Since 1900, the S&P has gained a meager annualized 3.2% during those time periods.

But again, Past Performance is No Guarantee of Future Results.

And One More Thing…

Of all the data and statistics about the economy and markets, this is one of the more startling:

Irrespective of one’s political views, the fact remains that robust voter turnout is one of the most fundamental cornerstones of a healthy democracy.

The opinions voiced in this material are for general information only and are not intended to provide specific advice or recommendations for any individual.

All indexes are unmanaged and cannot be invested into directly.

All information is believed to be from reliable sources; however LPL Financial makes no representation as to its completeness or accuracy.

This article was prepared by FMeX.